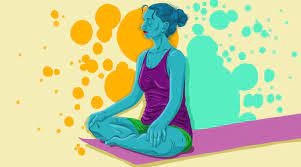 The title of this article might make you take a step back and wonder how the COVID-19 pandemic had any positive impact on the everyday lives of people. That’s a fair argument, but technology is one area that improved tremendously during this time.

Take a break from making NBA parlay picks and try to think about how your life is now better than it was before March 2020 when everything really started to shut down. Sure there were some negative impacts as well, but improvements of technology will leave a lasting impact on how the world is today and in the future.

Sports are actually one area that didn’t have much changed by technology during the pandemic, but everything else was impacted. These improvements were likely coming at some point regardless, but the ongoing pandemic sped up the process.

One of the best things to come out of the pandemic is the fact that working from home or working remotely is now a viable option. This was always an option for some jobs or companies, but things really took off during the pandemic.

Technology made this all possible, and it will continue to make it possible moving forward. Businesses were forced to find ways to operate without being in-person, and some companies are continuing to let people work remotely full-time.

Companies such as Zoom really took off over the last two years as it provided a way for people to host virtual meetings. Not everyone enjoys working from home, but new technology has at least made this possible for those people that enjoy it.

Most of the essential stores remained open during the pandemic, but there were some significant changes made to the overall experience. Limits on the number of people in a store at one time were put in place, and it kept some people from visiting altogether.

People still needed goods and services, and technology companies went into overdrive to find a way to make this happen. Grocery pickup became a weekly event for some people, and you could also get more things delivered than ever before.

Robot deliveries also became something that took place during the pandemic, and those have continued to become more common.

With the spread of the virus being a major concern when it comes to touching others, contactless payments became a great way to pay for goods and services. This had started to become a trend a few years ago, but new options emerged.

Technology companies worked with banks and other financial institutions to create a way to pay without even having to swipe a card. A simple tap could get this accomplished, and other apps such as PayPal and Venmo became more popular as well.

Schools were also forced to shut down during the pandemic, and this created a massive issue. Students still needed to learn during this team, and the term “E-Learning” became one that was used in casual and everyday conversation.

Teachers and everyone in the school system had to find new ways to provide education, and various new forms of e-learning was used. This actually provided a bit of a “trial by fire,” but this form of education is now here to stay.

Now that everyone is on board with e-learning, advancements in technology will improve the curriculum over time.

Going to a movie or attending a concert was not an option during the pandemic, and things still haven’t fully opened back up two years later. While each of those events could be classified as fun or enjoyable, entertainment is now brought into the home easier than ever.

Virtual concerts became a thing during the pandemic, and movies and popular shows could be streamed as well. This type of thing was available before, but technology improved the experience for both the performer and the entertainer.

This is another area where it also became much cheaper to view this form of entertainment as well, and there was no travel required. Technology also helped to bring families together as these events could be enjoyed together at home. 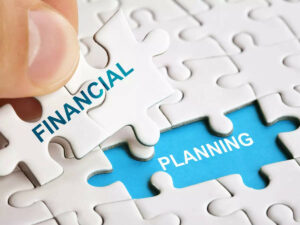 "Not after a stressful day!" Sounds like a familiar phrase? Sometimes it takes just a hot temperature to ruin your...